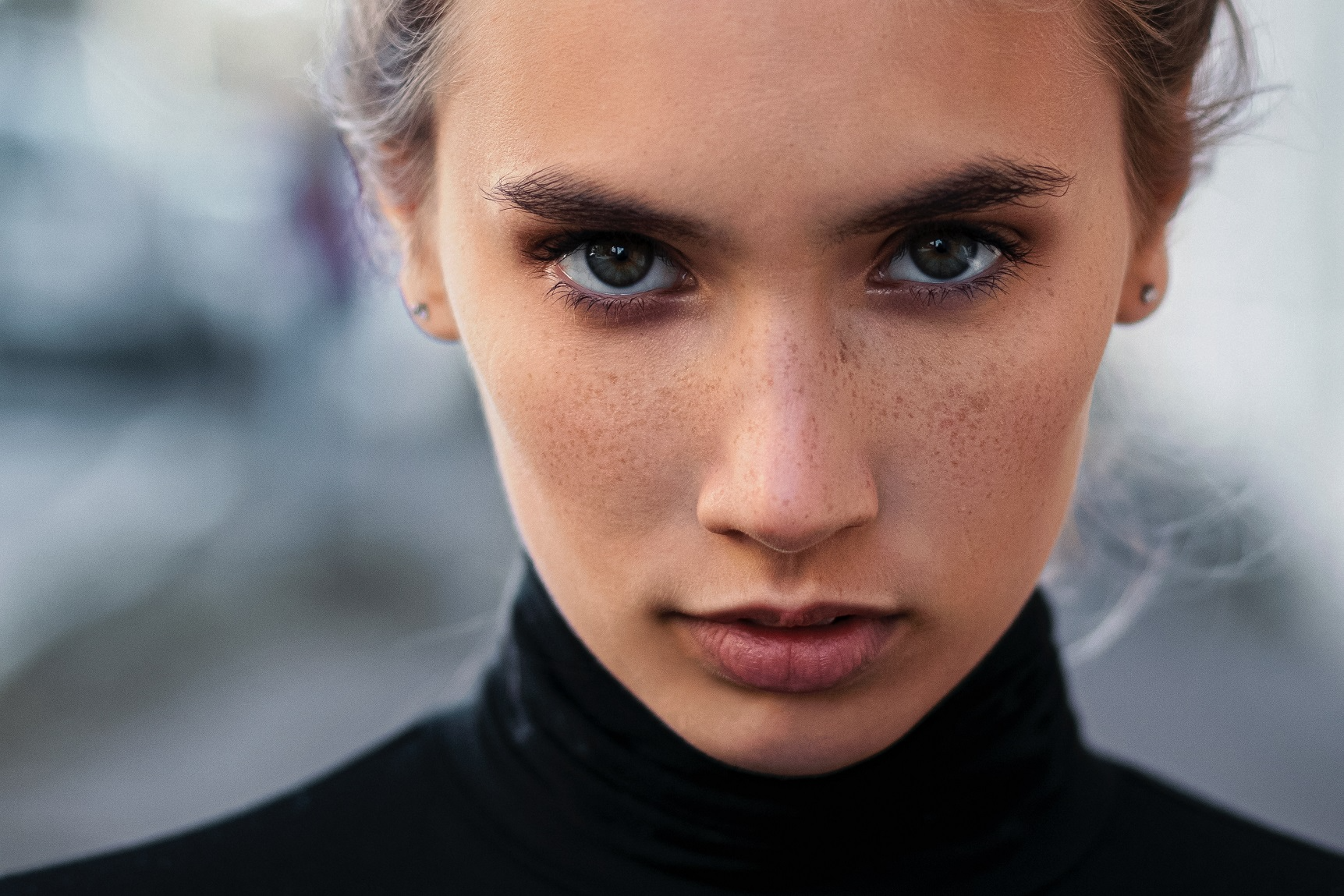 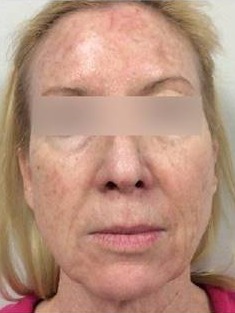 The first category is hyperpigmentation, which refers to any darkening areas of the skin compared to the baseline skin tone. Hyperpigmentation is mainly caused by UV exposure. Many people tend to see spots on the top of the forehead, hands, even the left side of the face more so than the right, because it is subjected to more UV exposure when we drive in the car. Post-inflammatory response due to skin conditions like eczema or psoriasis, acne scarring, or simply genetic predisposition can also cause hyperpigmentation. 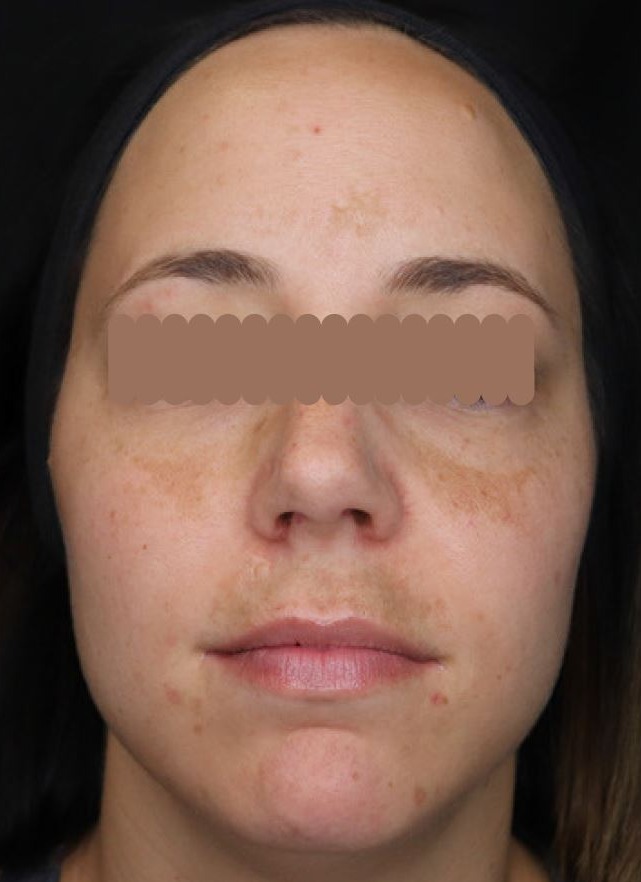 The second “dark spot” category is melasma. Melasma can look similar to general hyperpigmentation, but typically appears in larger “blotches,” almost like small clouds of pigment concentrated in certain areas of the face. Melasma is more common in women and can be caused or made worse by hormonal changes (pregnancy, birth control), UV exposure, heat, and friction. If your spots get significantly worse in the summer, first appeared during pregnancy, worsen after a sauna session or appear where your skin is exposed to friction (for example, along the band of a hat or visor that you wear regularly), it could be melasma.

While distinguishing between the two conditions may be a bit confusing, the good news is they can both respond well to a medical-grade skincare routine. Both conditions require a few key products and ingredients for optimal topical treatment:

While controlling pigment production is one important aspect of treating hyperpigmentation and melasma, getting rid of existing pigment is also key. Using chemical exfoliants, like the glycolic and lactic acids found in Vivier Exfoliant Forte, helps the skin to slough off dead cells sitting at the surface and moves overly-pigmented cells out of your skin. 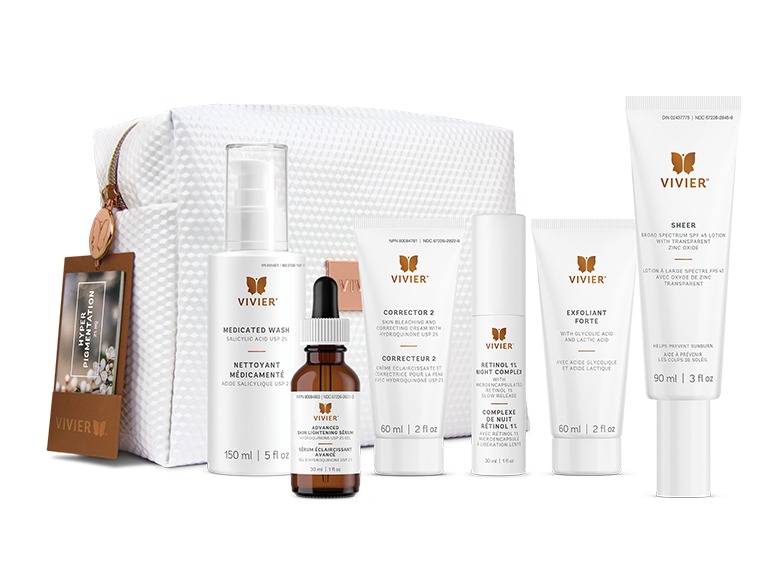 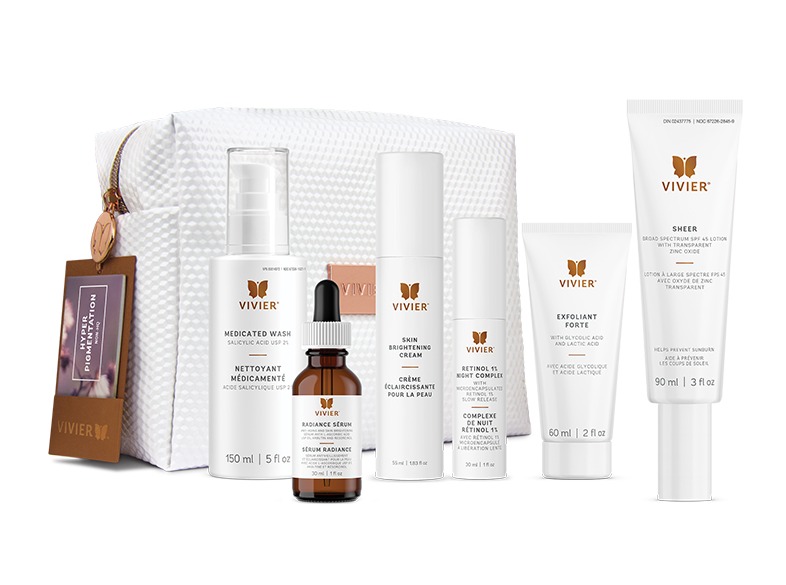 A program designed for those with mild hyperpigmentation, looking to correct and prevent early signs of pigment issues.

It’s always a good idea to pair medical-grade skincare with consultations and input from a medical professional – whether it’s your dermatologist, plastic surgeon, cosmetic nurse, or aesthetician. For some clients, pairing a Vivier hyperpigmentation program with chemical peels, laser treatments or other clinical modalities will provide the most dramatic and impressive results. Find a local medical skin care professional by using our clinic locator here. 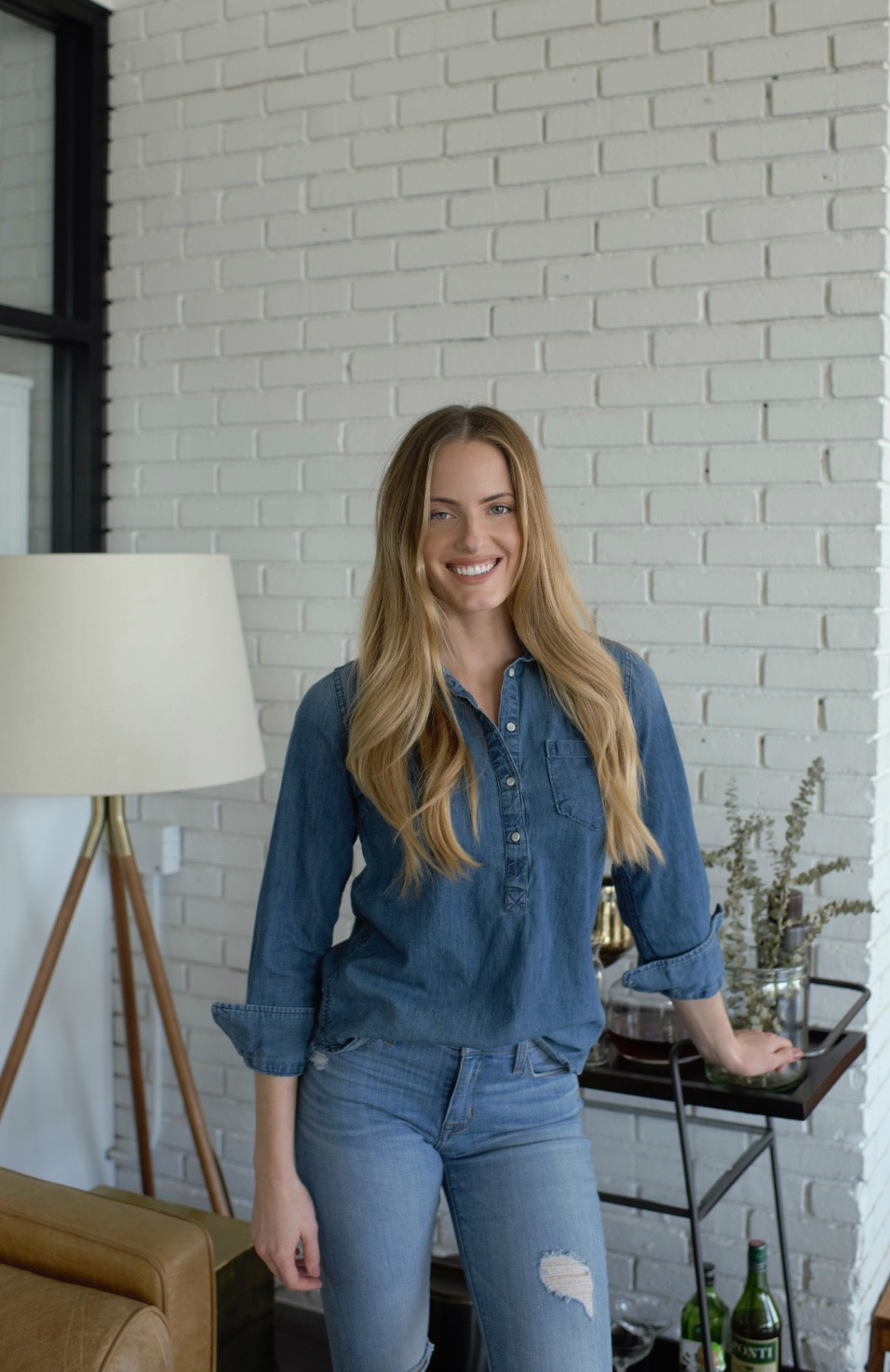